Look at Your Cat 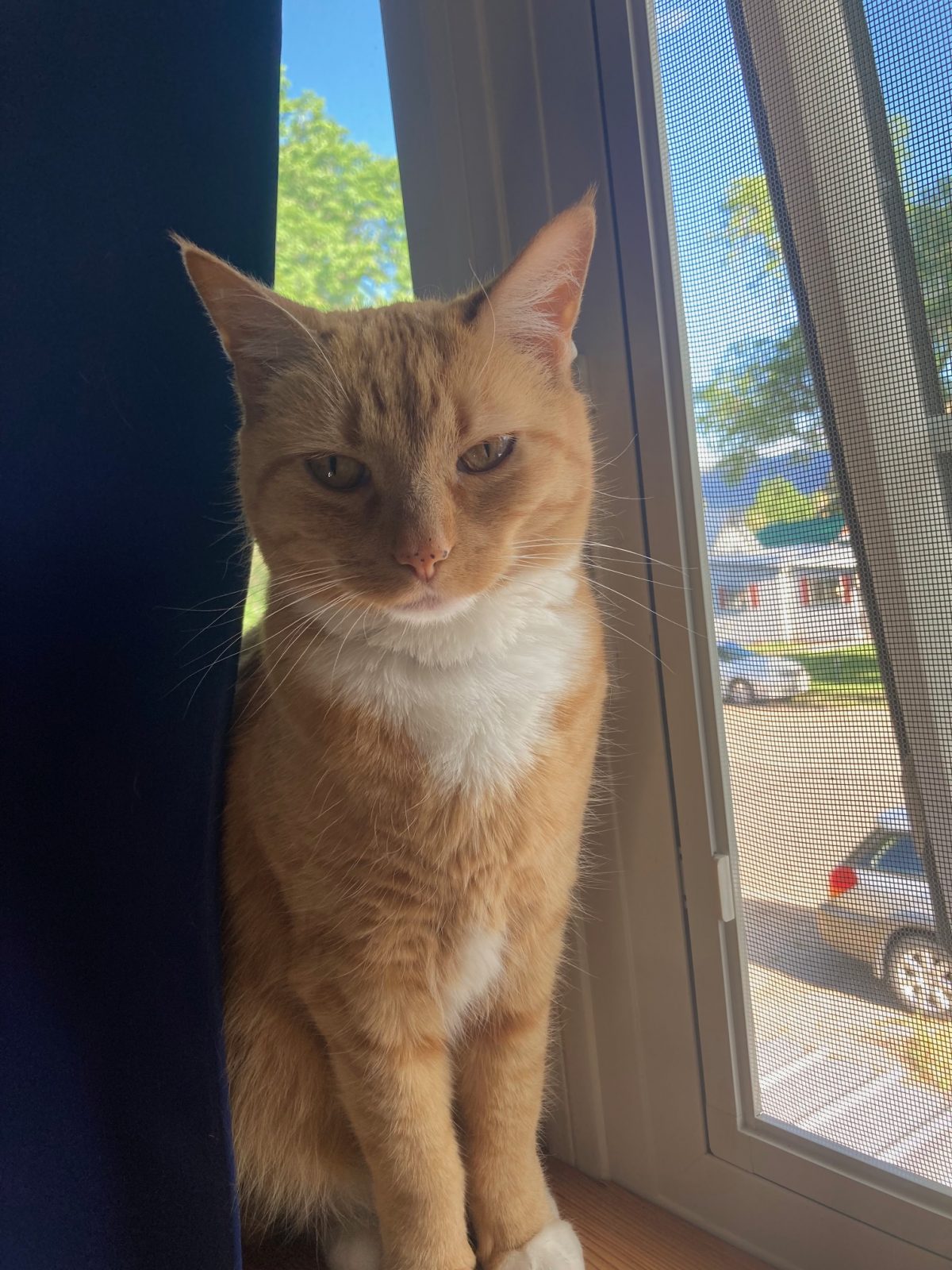 While having a leisurely glass of wine with my friends, Ming, one of their two Siamese cats, jumped up on the coffee table, sat down and began to stare at me.  He stared and stared and stared.  I looked back, hypnotized by the deep intensity of his gaze.

Then Ming began to slowly blink.  I blinked back, thinking he was playing a game.  Little did I know that Ming was saying, “I trust you, friend.”

Ming was communicating with me via body language.

Cats can be quite vocal telling you what they want, but their body language speaks volumes, too.

A cat’s eyes give you many clues to his state of mind. Dilated pupils result from a rush of adrenaline, indicating that your cat is excited, nervous, or feeling defensive. A cat who stares for a long time at one person or object is simply indicating interest.  A slow, lazy blink your way is a sign of affection and trust.

Cat ears also send out signals.  If the ears are pointed forward, he is alertly paying attention to what he sees, trying to figure it out.  Ears turned up and to the side, “smile ears,” happen when a cat is content.  If those ears move backward, your cat is becoming irritated, and when they are fully pinned back, your furry friend is extremely irritated to the point of fight or flight.  He is saying, “back off!”

Now move to the rear end of the cat and that ever expressive tail.  Your cat frequently uses his tail to tell you how he feels.  An erect tail with relaxed fur indicates a happy cat, but the same position with upright, puffed out fur signals anger or fear.  A low, tucked tail means your cat is feeling anxious or insecure, and a thrashing tail means your cat is agitated.  However, when your cat wraps his tail around his side slowly, he is in a loving mood and ready to snuggle or be petted.

When your cat rubs against you, he is claiming you as his and saying, “I am so glad you are here.  I love you.”  When he snuggles beside you and rolls over exposing his belly, you have his complete trust.  He is asking for some loving attention.

When your companion jumps down, he has had enough TLC.  He is ready to move on to a new adventure or zone out in his own private world.  If you approach him now, you may be warned off by that arched-back, high tail, upright hair, “Halloween” pose. Walk away before hissing is added to this “leave me alone” picture.

There are many nuances to your cat’s non-verbal communication, but it is not impossible to understand. Look at your cat and really see him.  His body language is communicating with you, as are his varied vocalizations.  Learn and respect his “talk.”  He will then look at you as his “purr-fect ” companion.

Over the Rainbow Bridge

Dog Sounds. When to Worry

Meet our Heart of the Rockies Radio News Pet of th

Yeti & Moo are hopeful that their is a family out

Only a little over a week until our Cause for the

We did TWO transfers last week, taking in dogs fro

Did you know that we offer low-cost microchipping

Hi, my name is Taki. I am looking to go into my fo

Sweet Sammie is now up for adoption. This senior g

Have you gotten some good photos of your pets this

We did TWO Transfers last week. Many shelters are

Meet our Heart of the Rockies Radio pets of the we

Huge thank you to our Premier Sponsor @bankofthewe

Today is Trixie's 105th day at the shelter. She

Minty is now available for adoption! When you ent

Felix is one of the two senior dogs in our care. B

😺 Happy Caturday 😺 To celebrate this Saturd

Sweet, loving Bali is the final puppy still up for